Hate-Mail From Kids Sent to Neil deGrasse Tyson Regarding Pluto 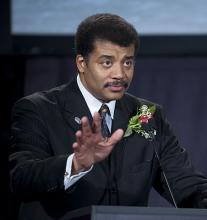 With the dwarf planet Pluto in the news due to the recent fly-by of the New Horizons probe, we thought it would be a good time to share these letters from children regarding the reclassification of Pluto. You might recall the days whenever Pluto was considered a planet. The Rose Center for Earth and Space opened with a giant model of the solar system as its centerpiece in the year 2000. This model was missing the planet Pluto and people took notice. It would only be 6 more years before the International Astronomical Union demoted it to "dwarf planet".

As director of the Hayden Planetarium, astrophysicist Neil deGrasse Tyson received tons of hate-mail, mostly from elementary school students, regarding the change. Take a look at what these poor distraught kids had to say about it. 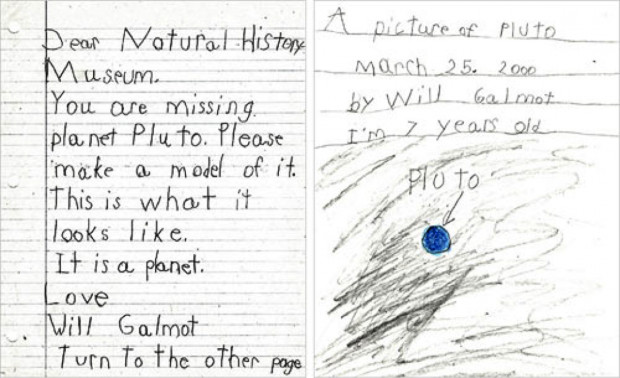 Dear Natural History Museum,
You are missing planet Pluto. Please make a model of it. This is what it looks like. It is a planet.
Love, Will Galmot (Seven years old) 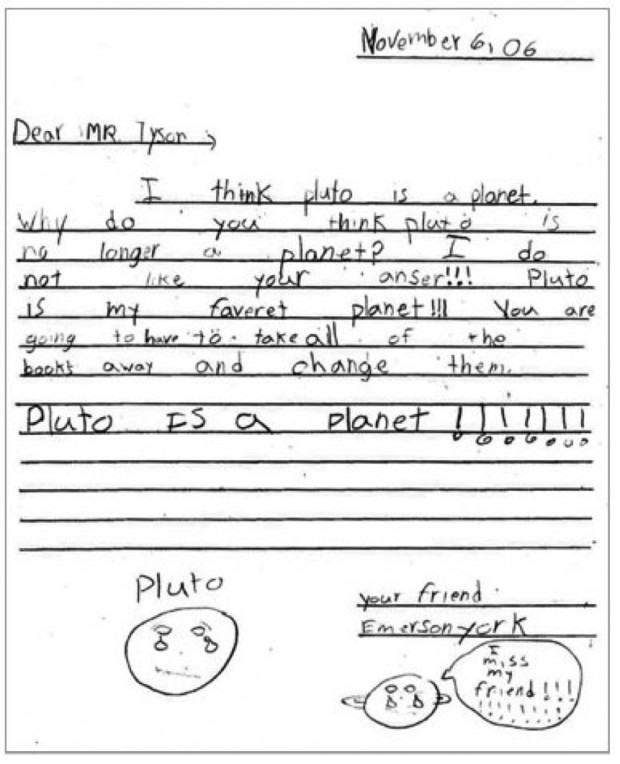 I think Pluto is a planet. Why do you think Pluto is no longer a planet? I do not like your anser!!! Pluto is my faveret planet!!! You are going to have to take all of the books away and change them. 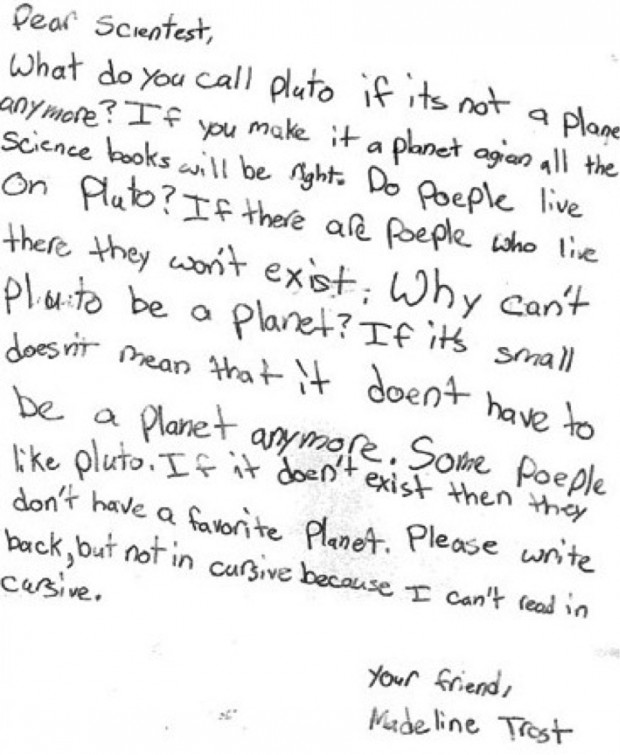 What do you call Pluto if its not a planet anymore? If you make it a planet agian all the science books will be right. Do poeple live on Pluto? If there are poeple who live there they won’t exist. Why can’t Pluto be a planet? If it’s small doesn’t mean that it doen’t have to be a planet anymore. Some poeple like Pluto. If it doen’t exist then they don’t have a favorite planet. Please write back, but not in cursive because I can’t read in cursive. 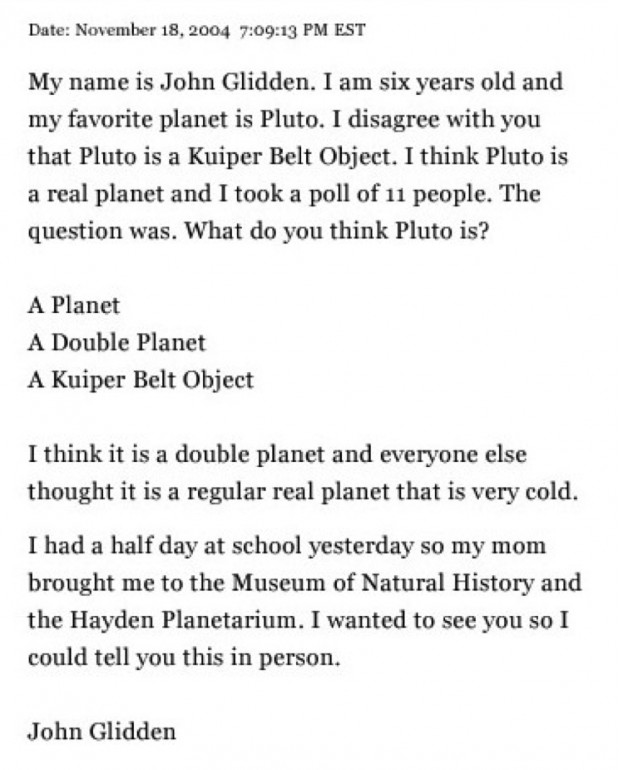 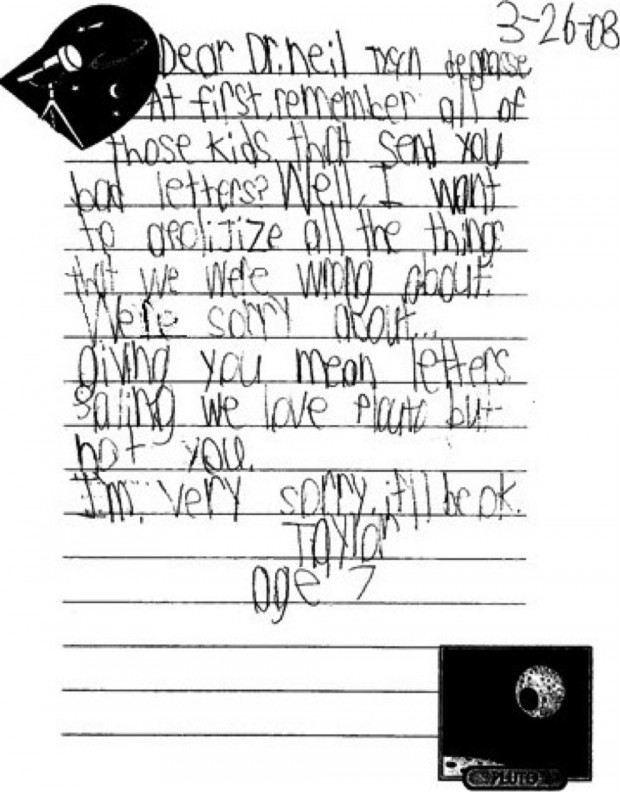 At first, remember all of those kids that send you bad letters? Well, I want to apolijize all the things that we were wrong about. We’re sorry about giving you mean letters saying we love Pluto but not you. I’m very sorry. It’ll be ok. 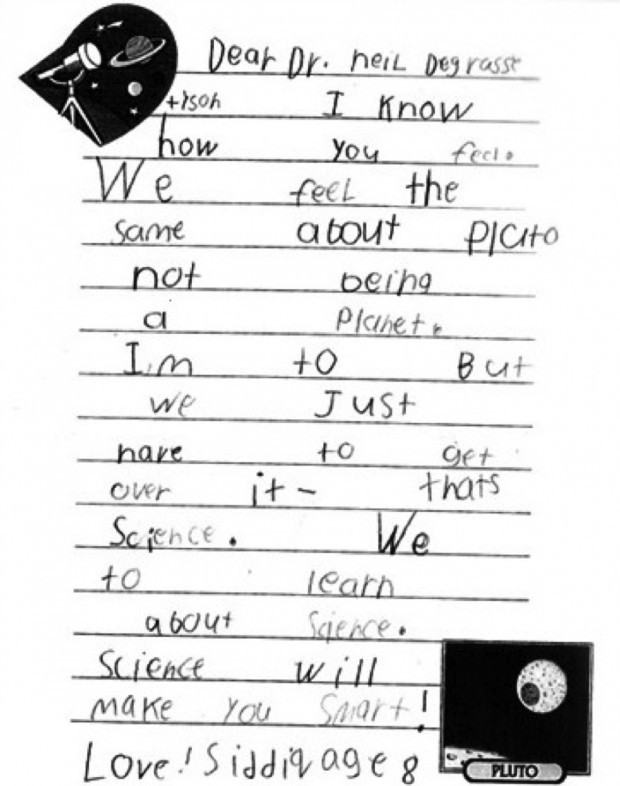 I know how you feel. We feel the same about Pluto not being a planet. I’m to but we just have to get over it—that’s science. We to learn about science. Science will make you smart!

Everything Wrong With Home Alone 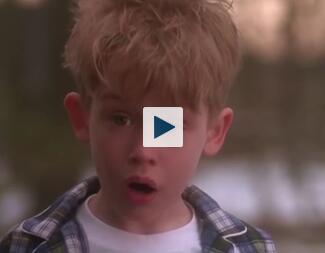 Do You Hallucinate When Falling Asleep? 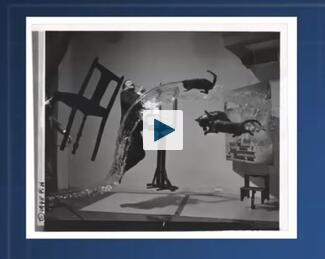 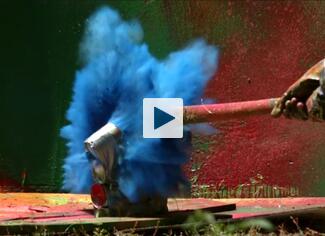